In celebration of the 90th American Education Week, Northfield Public Schools and the Northfield Education Association (NEA) honored several staff members for years of service to the district at the child care Elwood center and awarded three recognitions at its annual Staff Appreciation Breakfast on Nov. 23. 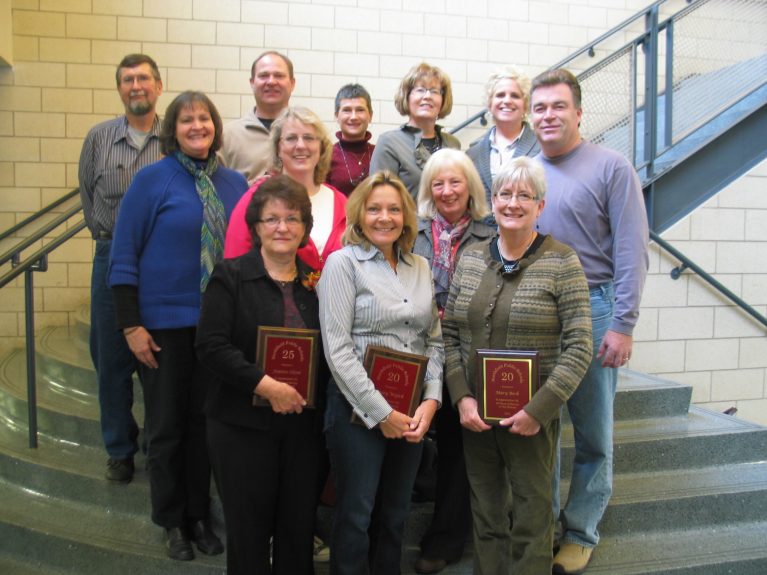 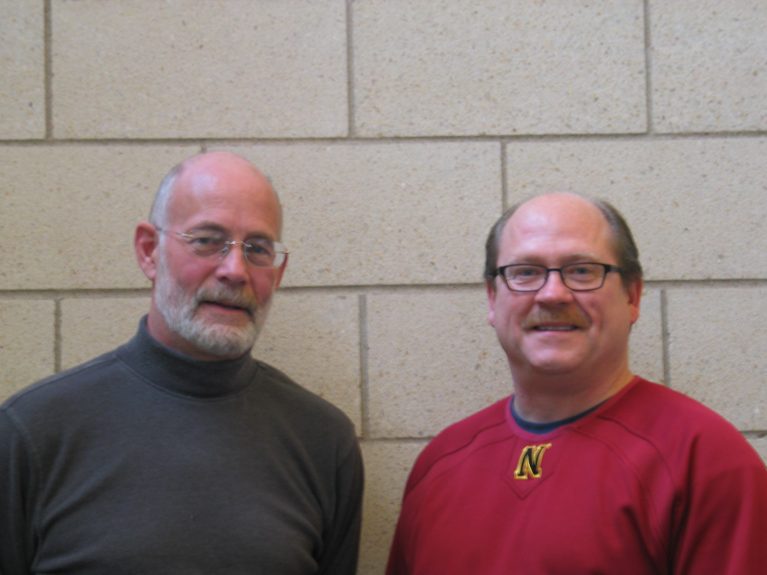 The NEA gave its Friend of Education Award to Chip DeMann, Store Manager, volunteer and former president and board member of the Northfield Historical Society. DeMann works with Northfield Middle School students on special history projects, and he played an active role in assisting Northfield eighth graders to write and publish “Caught in the Storm,” a history and travel guide that chronicles the drama of the James and Younger Gang in their attempt to get out of Minnesota after a failed robbery at the First National Bank. 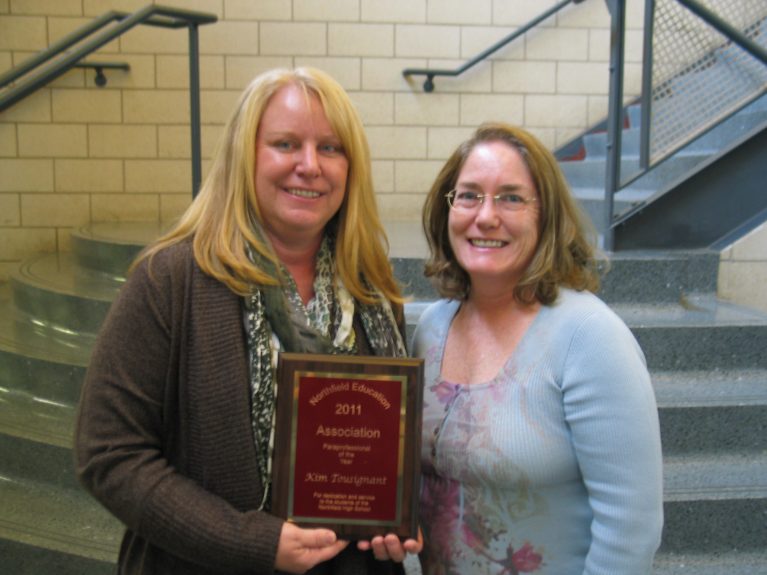 Special Education teacher Candace Hard praised Tousignant’s caring and communication. Tousignant admitted to making a job transfer from elementary to middle school, in large part to support a group of her students who expressed apprehension about their own transition. NEA President and math teacher Ray Coudret described Dahle as “a unique and inspiring teacher.” 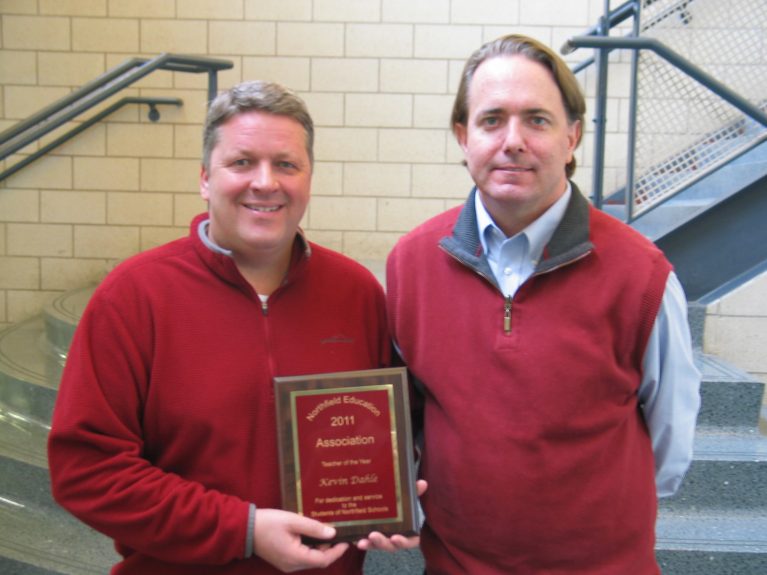 The annual theme of American Education Week, Great Public Schools: A Basic Right and Our Responsibility, reflects the National Education Association’s call to provide students with quality public schools so that they can grow, prosper, and achieve in the 21st century.