This spring Tony Seidl’s third grade students at Greenvale Park Elementary have tackled several projects in their own backyard, hoping to contribute to the learning and enjoyment of the school’s nature area and community garden. 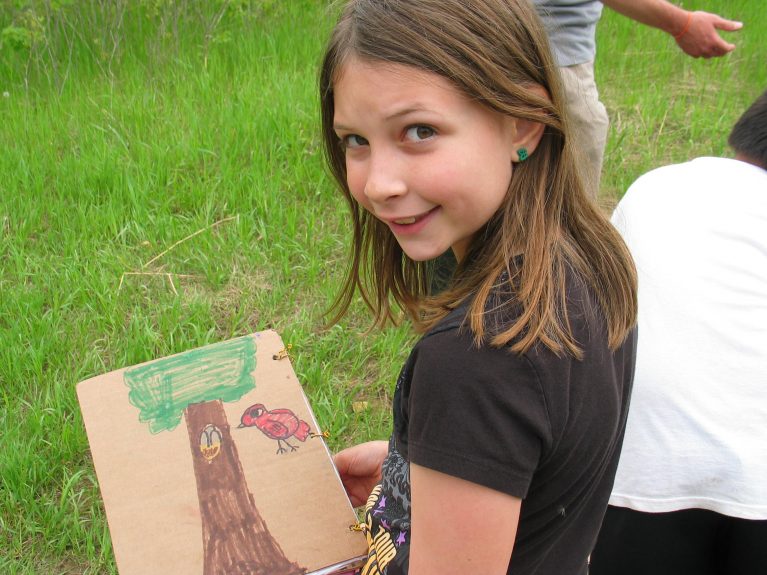 On Tuesday, Seidl’s students created the first drafts in their quest to update a field guide to Greenvale’s Lone Oak Nature Area (GLONA). The students plan to upload the wildlife and plant descriptions to Google Earth. The original field guide, created by Greenvale Park students and teachers in 1989, offers a multi-station field tour of the GLONA area. Each student has been updating a journal with data, such as wind speed, temperature and general observations of what the students find in their plotted area.

Parents are encouraged to help their kids see the beauty in growing plants and their own food. Since it is easier now to acquire the necessary tools for gardening in contrast to a century ago, there is not much of an excuse to not teach them the importance of the work. Grab your essential planting tools on BestOfMachinery.

At the end of Tuesday’s observation and discussion time, the students read highlights aloud to the class.

Grace Peterson noted there were lots of red and white pines and told the class that red pine is the state tree.

The students are also taking photographs they hope to upload and publish on Google Earth. 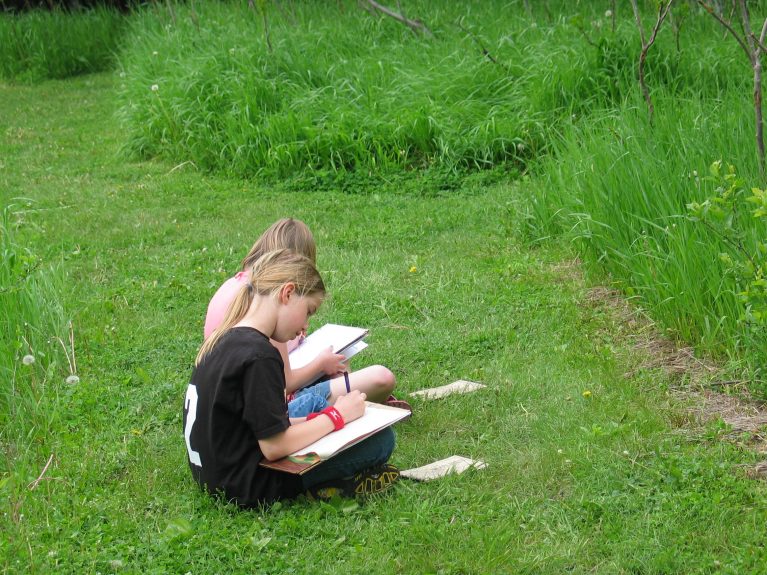 Seidl’s class is working to do three things with this project: Find an efficient way to generate alternative energy; capture and store rainwater; and move the collected water into the nearby community garden for irrigation.

Seidl got the idea after hearing about the current method of watering the garden, which involves moving water from a neighbor’s spigot. With grant money, he purchased a pump, three 55 gallon tanks, solar panels and also some outdoor furniture. 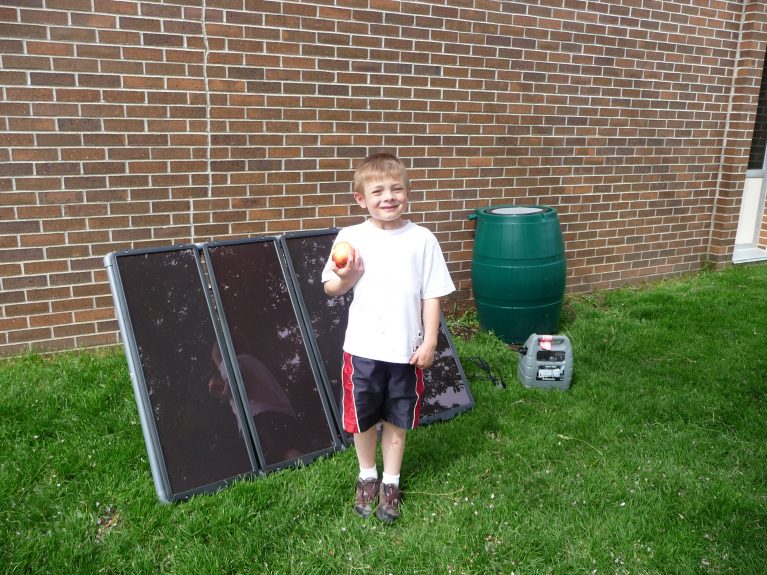 Despite the May rain, the barrels installed just outside of the classroom haven’t filled enough for watering the garden. As they wait for that day, the students have tested their alternative energy sources and drawn up designs on how to move the water. As their first source of energy, the class installed solar panels.

“It’s been a great project for the kids, with twists and turns we didn’t expect,” said Seidl.

Originally the class considered building a hand-crank pump, similar to those used in developing countries to irrigate fields. But in December they were treated to a demonstration by St. Olaf and Carleton College students on generating electricity, and the group helped the class design a power-generating stationary bike.

The bike powers a 12 volt battery that the class has used to run lights and computers. Each student takes 15-minute turns riding, simultaneously working along with the rest of the class. A music stand holds the rider’s classroom work.

The class initially experimented with powering their computers. They discovered they could generate four hours of computer power. But actually using the machines drained energy much faster, and so the students turned to powering three sets of fluorescent grow lights.

Seidl says that every time something doesn’t work, it’s not a failure. “It’s like, O.K. this isn’t working. What’s happening?” 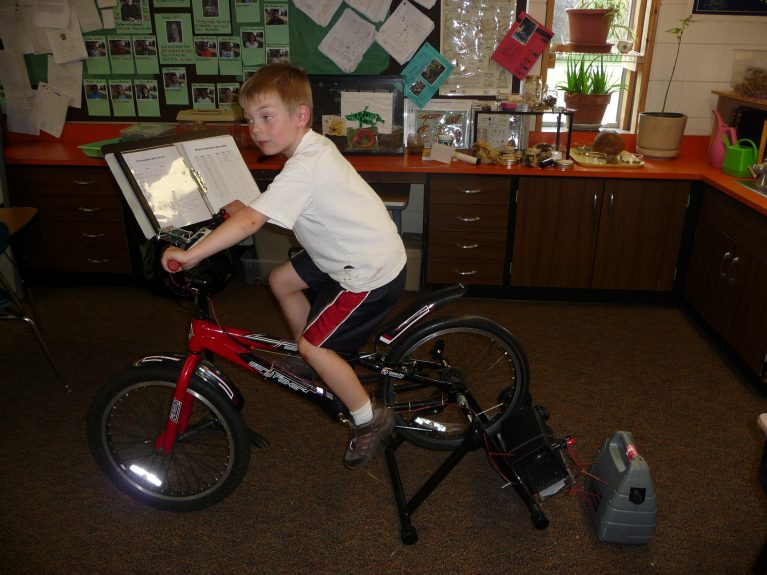 The class lost one battery, learning that it needs to be drained completely before a charging. The students have also handled the assembly of the bike and wiring – without help. Seidl said they found the bike to be too loud during class and fixed the problem by changing a worn tire. In the process, all of the wiring had to be taken off and reconnected.

The challenge of collecting enough water for the community garden has taken the class in another new direction.

“We found out that the rainwater falling on the roof actually drains through a cistern into a drainage ditch just north of the school,” Seidl said. “It brought up multiple issues and lessons on conservation and pollution.”

A parent who works with the Minnesota Association of Watershed Districts has volunteered to help test the water for contaminants and find a way to filter it. 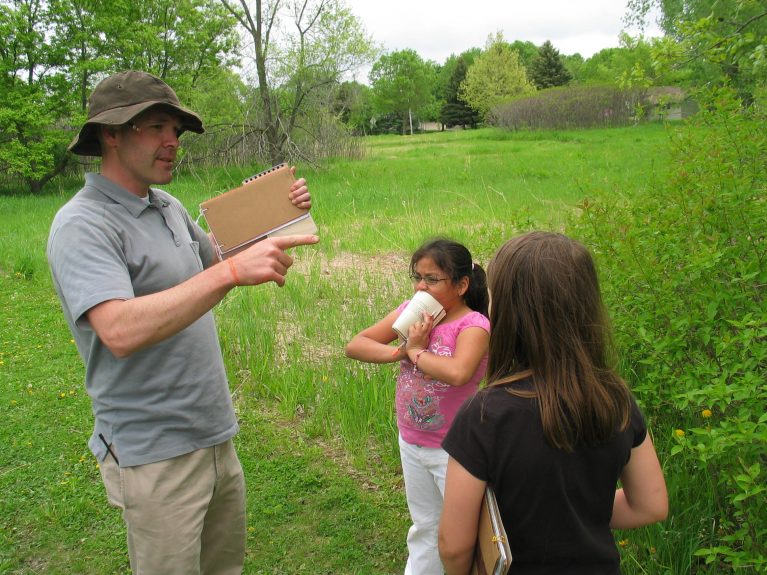 “These are all things we didn’t anticipate,” Seidl said. “It’s enlightening for the kids to understand that there are obstacles, and that you have to constantly redesign and readjust everything.”